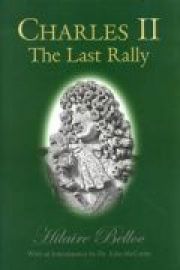 In The Last Rally, Belloc narrates with clarity and vigor a central episode in the decline of the English Monarchy. Restored to the throne following the interlude of Cromwell's "Commonwealth," Charles II devoted his life as King of England to maintaining the integrity of the throne against all the forces arrayed against it: the power of the great landowners who worked through the Parliament; the influence of the Lawyers' Guild; and the irresistible mercantile and financial strength of the City of London. The story that Belloc brings to life is thus one of survival: the story of a ship of state brought "through peril and storm under a great captain." It is also the story of manhood and determination in the face of overwhelming odds; as such it is a story that Hilaire Belloc was eminently qualified to write.