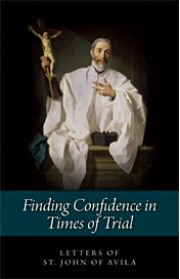 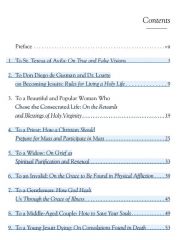 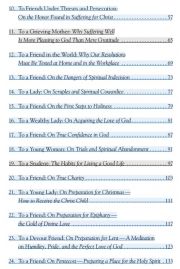 By St. John Of Avila

Meet the Newest Doctor of the Catholic Church

Indecision was not in his heart. Surrounded by clerical corruption and unprecedented consumerism, St. John of Avila (1500-1569) led the authentic effort to reform the Church and Christian society during one of its darkest hours.

When faced with spiritually bankrupt seminaries and lax universities, St. John simply founded new ones. When vast regions of his homeland lapsed into spiritual indifference, he spent a decade storming the cities and villages to reignite the Faith. He fearlessly denounced decadent leaders and withstood the subsequent interrogations of the Inquisition with perfect charity, winning over skeptics and melting the hearts of sinners.

For St. Francis de Sales he was "the learned and saintly preacher." St. Francis Borgia called him "the Great Master" and St. Teresa of Avila named him "the Master of things spiritual."

Pope Benedict XVI recently declared that he would name St. John of Avila the 34th "Doctor of the Universal Church."

And yet, most Catholics have never heard of him.

To help Catholics come to know the newest Doctor of the Church, Sophia Institute Press is releasing a collection of St. John’s finest letters. Each letter has been carefully translated and is now available so you can come to know the man Pope John Paul II held up as a model for clerical reform.

Among the many lessons you will learn from this new Doctor of the Church: