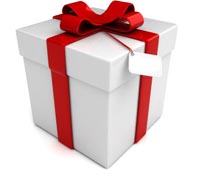 Brother Francis was interviewed on a radio program that was aired from Boston throughout New England. Brother would typically answer any theological or pastoral question with the words "Father Feeney taught us that . . . etc." The host of the program was Pat Romano, publisher of the New England Catholic News, and a professional radio news commentator with ABC News for over 30 years.

Mr. Romano's mellifluously toned questions were usually concerned with the issues of the day that pertained to the Church and her mission, but they would also spin off into current world events, history, theology, lives of the saints, the liturgy, and contemporary assaults against traditional Faith and Christian morals by enemies within and without the Church. There were 330 programs in all, each recording lasting fifteen minutes. Every program is a small masterpiece of Catholic journalism.

Each product has 5 topics. Click on the title to begin a purchase.

1 Is there salvation outside the Church?

3 The Controversy over salvation, why it doesn't go away.

4 How can any man be infallible?

5 How do we know when a teaching is infallible?

6 Is the Ecumenism we are hearing about the real thing?

7 Have we lost our sense of sin?

8 What is the Saint Benedict Center?

9 What is the Church? Who are the faithful?

10 Where is that Esprit de Corps we once had in the Catholic Church?

11 The apparitions of Mary ... Myth or Reality?

12 Is there crisis and confusion in the Church?

13 Are we hearing heresy from a member of the hierarchy?

16 Are the words of Scripture the same now as yesterday, and if not why not?

17 What do we mean by the Ottaviani intervention?

18 The divinity of Christ: Is it a fundamental doctrine of our faith?

19 Is there such a place as purgatory?

20 What does the church mean by the virtue of charity?

21 Are we losing our catholic values?

22 Do we really need the Rosary?

23 Is there any room for catholic optimism?

24 Whatever happened to vocations in the Church?

25 Do we still need the sacrament of penance?

26 Do we really understand the Catholic Faith?

27 What do we mean by the third order?

28 Why is the Church necessary for salvation?

29 Is there any connection between the problems in the Church today and the dogma of Faith?

30 Baptism: why is it so important?

31 Is communion in the hand the best way to receive the Body and Blood of Christ?

32. Can electronic evangelism be hazardous to your spiritual health?

33. Is there a difference between conservative and traditional Catholics?

34. Coping with controversy in the Church.

36 Deviations and disloyalty; how dangerous to the Church?

37 What is happening to catholic values?

39 what is the prayer Jesus taught us?

40 Changes in the Church; do they help or hurt the Faith?

41. The feast of the Nativity and the message of the Incarnation.

42. Why did Jesus use parables in his teaching?

44. What is the power and the purpose of the papacy?

45. What are the reasons for problems and troubles in the Church?

46. Why is scandal a stumbling block to salvation?

47 Living in today's world with Christ the King.

48 Seeking wisdom instead of folly.

50 What is the Lay Apostolate?

52 The challenge of Sainthood.

53 Dialogue: is it damaging to the faith?

54 Baptism: Can you go to heaven without it?

55 The Trinity: How can there be Three distinct Person in One God?

56 What do we mean by "The Magisterium"?

58 Liturgical Rites in the Church: East and West

59 Angels: Do they really exist?

60 Avoiding the Dangers of Fanaticism

61 A Spirit of Rebellion

62 The Challenge of Faith

63 Modernism: And why some people call it the most dangerous of all heresies.

64 Cynicism: Is it a problem in the Church today?

65 A well known voice in the Church speaks out.

66 Another look at the Traditional Mass.

68 Ecumenism: What does it Really Mean?

69 The Door of Ignorance

70 The Doctors of the Church

71 The Controversy over Archbishop Lefebvre Part 1

73 The Holy Name of Jesus

74 The Bread of Life

77 Americanism and the Church

79  Cardinal Ratzinger and the Church Part 2

80 A Look at the Inquisition

81 The Virtue of Purity

83 The New Code of Canon Law

84 The danger of Secular Humanism

86 Evil Spirits; Do they really exist?

88 Sharing in the Body and Blood of Christ

89 The Mission of the Apostles

91 The Spiritual Treasures of the Church

93 A Crisis of Vocations

94 The Role of Music in Catholic Worship

95 The Crusade of the Saint Benedict Center

97 Biblical Criticism and It's Affect on the Faith

98 Is there a climate of change in the Church?

99 Taking a Look at the Shroud of Turin

100 The Heresy of Mere Christianity

101 Fidelity to the Vicar of Christ

103 The Bible and Salvation

104 How Revealing is the Apocalypse?

105 A Priest with a Prophetic Voice !

106 Fulfilling the Formula of Fatima

107 The Pope and the Path to Salvation

109 Is Feminism Helping or Hurting The Faith?

111 Another Look At Fatima

112 The Legacy Of The Empress Zita

113 Letter From a Listener

114 Apparitions In The Ukraine: True Or False?

115 The Cause Of Canonization Of Emperor Charles

117 Two Children On The Path To Canonization

118 Monuments Of The Faith

119 Should The Secret Of Fatima Be Given To The World?

120 Is Jesus Also The Christ Of The Jews?

121 The Crisis in the Church

124 Separating from the Unity of the Church

125 Dialogue: Is it Good for the Church?

126 Catholicism and the Religion of Islam

127 Miracles and the Faith

128 The Islamic Presence  and the Catholic Church

130 Perceptions of a Poet on Hell, Purgatory, and Paradise

132 Modernism Today: A Blessing or a Danger to the Faith?

133 Was Communism Taboo at Vatican II?

134 The Church in the Soviet Union

135 The Pope and the Chair of Peter

136 The Bishop of Rome, and the Archbishop of Canterbury

137 Collegiality and the Magisterium

138 The Poet Dante and the Priorities of the Supernatural

139 A New Home in New Hampshire

140 The Case of Galileo and the Catholic Church

142 Docility and its Meaning in Our Lives

144 Change and Challenge in the Communist Camp

145 May Catholics Believe in Evolution?

147 The Church in Romania

148 Has the Request at Fatima for the Consecration of Russia Been Fulfilled?

149 Are Liberals Content with the Changes in the Church?

150 Mysteries and the Faith

152 The Way of Salvation: Through Christ and His Church

164 Is Catholic Boston Waking Up?
165 The Boston Controversy and the Challenge of Faith
166 Baptism and the Necessity of Water and the Holy Spirit
167 Zionism and Unrest in the Old City of Jerusalem
168 A Papal Visit to Czechoslovakia

180 The Growing Assault on Public Morality

181 The Church in the Troubled Middle-East

182 Is the Vatican Insensitive to Loyal Catholics?

183 The Virtue of Loyalty

184 Is the Vigorous Schedule of the Vicar of Christ Cause for Concern?

185 The Vatican Speaks Out on the Role of the Theologian

186 Do We Still Have Catholic Universities?

187 Holy Scripture: Is It Being Undermined Today? And if so, by Whom?

188 Tampering With the Faith of Our Fathers

190 Catholicism and Judaism After Vatican II

192 Coping With the Problems Facing the Priesthood

194 What Happened to the Church in Latin America?

195 The Vatican Says No, to Honoring an American Prelate

196 A Vatican Insider Speaks Out

197 Confessions of a Cardinal on the Church in Our Times

198 The Crisis in the Persian Gulf

200 Are Theologians Revolting Against the Authority of the Pope?

201 The Problems of Youth and the Challenge of Faith

203 Triumphalism in the Church: Past and Present

204 Pursuing an Illusive Peace in the Middle East

205 From the Chair of Peter, a Call to Conversion

207 Do the Clouds of War Change Catholic Morality?

208 The Tragedy of Taking Human Life to Protest

209 The Media Reacts to a Papal Encyclical

210 The Crusade Under New Attack

211 Facing the Challenge to the Faith and the Crusade

212 The Undermining of the Catholic Church

213 The Power of Exorcism

214 Combatting the Forces of Satan

215 The Inspired Word of God

216 How Should We Look at Holy Scripture?

217 Are Catholic Colleges Compromising the Faith?

218 The Search for Salvation

219 The Narrow Gate and the Dogma of Faith

220 The Vicar of Christ Looks to Mary

224 A Papal Call to the People of Poland

225 A Renewed Plea for Unity and Morality

226 Is Education Getting a Passing Grade?

227 The Crisis in the Classroom

230 A Case of Strange Theology

231 The Vatican, the Bishops, and the Traditional Latin Mass

234 Apparitions of Mary in the Land of the Rising Sun

235 Are Those Reported Apparitions At Akita Japan, True, Or False?

236 The One and Only Way to Heaven

237 From the Chair of Peter, the True About Salvation

238 From Peter to John Paul the Second, the Papacy Goes On

239 Look to the Chair of Peter

240 The Kingship of Christ in the World Around Us

241 The Church, and the World of Medicine

243 Your Conscience: Something to Think About

244 Making Decisions About Right and Wrong Totally Out of Whack

246 Apparitions in the Ukraine

247  The Twin Virtues of Obedience and Docility

248 One Faith, One Church, One Way to Salvation

249 Papal Problems of the Present Pope

251 A New Year But a Old Challenge

252 A Crusade for the Faith and Tradition

253 Coping with Scandal and Confusion in the Church

254 Safeguarding the Integrity of the Faith

255 The Big Decision: Heaven or hell?

256 A Closer Step to Beatification

257 The Work of God in Todays World

258 Theologian to the Pope

259 A Catholic View of Masonry

262 Safeguarding the Sacredness of Human Life

263 A Look at the Historical Jesus

265 The Holy Sacrifice of the Mass

267 Opening the Doors to Secular Humanism

268 The Church, the State, and Free Masonry in America

269 A Defender of the Faith, Looks at the Church Today

271 Change and Crisis in the Church

272 The Key Words in the Canon of the Mass

273 The Priest and the Mass

277 A Challenge for the Pope and the Faithful

278 A Dangerous Return to Arianism

280 The Greatest Treasures on Earth

281 A Crusade for Christ and the Church

282 From Baptism to Salvation

283 Is Something Happening to the Official Language of the Church?

284 Tradition and the Tower of Babel

286 A Look at Saint Thomas Aquinas

287 The Patron Saint of Catholic Schools and Education, Who is Also Know as “Angelic Doctor of the Church”

288 Getting Onboard the Arc of Salvation

290 Lex Suprema Salus Animarum: The Supreme Law of the Church, the Salvation of Souls

291 Journey to the New World

292 A Catholic Voice in Today’s World

293 The Undermining of Basic Moral Values

294 The Evangelization of the Americas

296. The Case Of Galileo And The Church

297. The Credibility Of The Church

298. Prophetic Voices And The Providence Of God

299. Fighting The Forces Undermining The Church

300. The Big Challenge Facing The Church

301. The Need For Restoration

305. Standing Up For The Faith

309. Be Aware Of False Prophets Be They Men Or Women

312. The Quest For Right Speaking And Values

313. Todays Challenge For The Catholic Laity

314. The Fidelity To Christ And The Church

317. The Deposit Of Faith And The Challenge For The Faithful

318. Journey To The Beatific Vision

320. The Weapons Of The Church

321. A Time For Decision: Weather To Be Right Or To Be Liked

322. Vatican Ii And The Tradition Of The Church

323. The Church And The Crisis Of Faith

324. The Errors Of Modernism

325.  The Synthesis Of All Heresies

326.  Safeguarding The Integrity Of The Faith

329.  Thinking With The Mind Of The Church