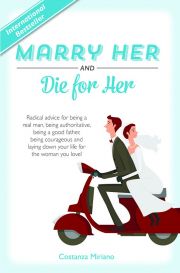 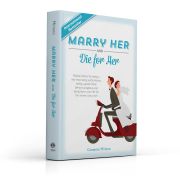 ARE You REALLY CALLED TO Die For Her?

You better believe it! What else is man made for, but to die for a noble cause…? The good of your wife (and your family)? Well, there aren’t a whole lot of better causes out there, are there?

Man up, because Costanza Miriano is back in Marry Her and Die for Her. Guys, if you thought you were off the hook after Costanza’s first book Marry Him and Be Submissive, you’ve got another thing coming. Now, she’s here to challenge you and give it to you straight about the many ways in which you must die for the woman you love. (But don’t worry…she has plenty of reminders for the women as well.) Inside, Miriano provides insight into what women want from men, and how husbands can “die” for them and their families every day, including:

Miriano doesn’t just dole out advice; she comes bearing gifts as well. Chief among them are the gifts of sword and shield—the shield to defend your wife, children, even your free time once in a while; and the sword to cut away all that is unhealthy and destructive in your most important human relationship. And, oh yes, she encourages men to return to, or start anew, a life of prayer. A man who knows Christ knows true sacrifice and so will be better able to truly “Marry her and Die for Her.”

Costanza Miriano is a wife and mother of four children ranging from 7 to 14 years old.

She works as a journalist for Rai (Italian public television), is a freelance writer on education and relationships, and has worked with the Pontifical Council for the Laity.

She has a blog that has had more than three million readers in two years, and has written four books, including Marry Him and Be Submissive and Marry Her and Die for Her (forthcoming from TAN Books) which have sold around 70,000 copies in Italy and have been translated into Spanish, French, Portuguese, Polish Slovenian, and now English.