My cart Cart is empty
Cart is empty
View cart
Checkout
Home/Browse by Author/Jones, Michael/Monsters From The Id 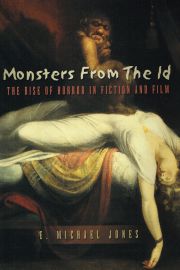 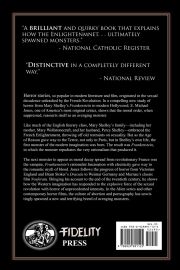 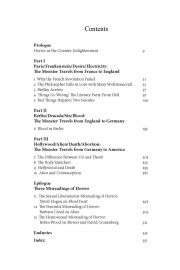 "Monsters from the Id is a tour de force of cultural analysis because of Jones's ability to integrate history, politics and moral philosophy with the interpretation of texts and films. It is also an urgent and a sad book because, as he writes in commenting on Last House on the Left, "children are vulnerable precisely because the authority figures in their lives espouse Enlightenment morals" (266). This was the story of the Godwin-Shelley households, the story of Frankenstein and the story in millions of American homes today. Most of these people would like to do the right thing but are hindered by bad ideas that corrupt their habits (if not their hearts) against their own best impulses. Part of the remedy is education for its essential purpose, to form character that is free to know and govern itself. The hidden history of Modernism, the history of thought control must be exposed, taught and taken to heart. One hopes that the thesis of this text, and its constituent chapters make their way into textbooks, classrooms and souls so that the next generation may get out of the uncanny house of contemporary culture and back into the clear sweet light of simple and disciplined human pleasures."

Tales of horror, so popular in modern literature and film, originated in the sexual decadence unleashed by the French Revolution. In a compelling new study of horror from Mary Shelley's Frankenstein to modern Hollywood, one of America's most original critics shows that the moral order, when suppressed, reasserts itself as an avenging monster in the midst of the chaos and suffering of cultural revolution.

As the Age of Reason gave way to the Terror, not only in Paris but in Mary Shelley's own life, the first monster of the modern imagination was born. Like much of the English literary class, Shelley's family-including her mother, Mary Wollstonecraft, and her husband, Percy-had embraced the French Enlightenment, throwing off old restraints on sexuality. The result of their ruinous dissipation was Frankenstein, in which Shelley's monster rises in repudiation of the very rationalism that produced it.

The next monster to appear as moral decay spread from revolutionary France was the vampire, Frankenstein's rationalist fascination with electricity giving way to the romantic myth of blood. Jones follows the progress of horror from Victorian England and Bram Stoker's Dracula to Weimar Germany and Murnau's classic film Nosferatu. Bringing his account to the end of the twentieth century, he shows how the Western imagination has responded to the explosive force of the sexual revolution with horror of unprecedented intensity. In the Alien series and other contemporary horror films, the culture of abortion and pornography has unwittingly spawned a new and terrifying breed of avenging monster.