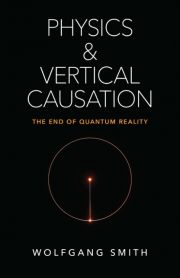 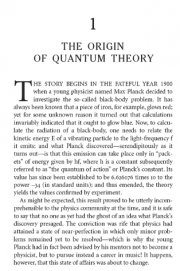 The End of Quantum Reality

Quietly, over the past few decades, mathematician, physicist, philosopher, and mountain climber Wolfgang Smith has published a stunning series of books at the cutting edge of science and metaphysics. Some titles tell the tale: Cosmos and Transcendence: Breaking Through the Barrier of Scientistic Belief; The Quantum Enigma: Finding the Hidden Key; Ancient Wisdom and Modern Misconceptions: A Critique of Contemporary Scientism; Science and Myth: With a Response to Stephen Hawking’s The Grand Design; and Rediscovering the Integral Cosmos: Physics, Metaphysics, and Vertical Causality.

The present book, which appeared in an earlier version as Part I of the last-named, includes arresting new material on the metaphysics of the integral cosmos. Smith accomplishes a magnificent re-integration of the physical sciences with a worldview banished in the West since the Enlightenment yet perfectly accommodative of every legitimate discovery of science. So far from constituting a kind of academic, or nostalgic curiosity, however, that long-forgotten worldview proves to be precisely what is needed to resolve the quandary of the so-called quantum paradox, which has stymied theoretical physicists since the year 1927! The implications of this text, which re-evaluates Einstein’s relativism as well as epistemologies falsely based on the Galilean/Cartesian notion of “secondary qualities,” restores the ontological realism of the world as we behold it, and opens hitherto inconceivable venues for scientific inquiry. The epochal ramifications of Smith’s work will be brought to light for an expanded audience in a full-length documentary film on his life and thought, The End of Quantum Reality, scheduled for release in early 2019. “One has, in the evening of one’s life, the luxury to speak freely,” Smith writes, and as never before, so he does.