HomeSanctityMass and the LiturgyThe Traditional Mass
28 of 32 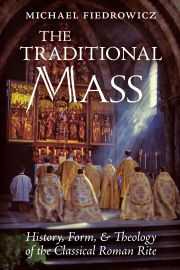 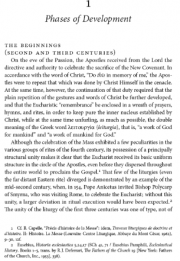 History, Form, and Theology of the Classical Roman Rite

In view of ever deepening interest in the traditional form of the Roman rite of Mass—which, according to Benedict XVI’s Summorum Pontificum, demands “due honor for its venerable and ancient usage”—a comprehensive but concise introduction to its history, form, and theology is more than ever desirable. In contrast to conventional explanations of the Mass that offer practical or allegorical explanations of particular moments in the rite, the present work attends to the organic process by which the Roman rite was built up from its foundations into a magnificent structure, marked by the accumulated riches of each age through which it passed, and characterized by order, beauty, and piety in its texts, gestures, rubrics, chants, and calendar—ranging from the major elements to the most minute details. Treated as well are the reality of the sacred and how it is encountered, the irreducible role of ritual action, the eastward direction of prayer, the formation and value of a specialized sacred language, and liturgical participation correctly understood.