HomeSocietyPolitics and SocietyThe North, the South, and Slavery
92 of 114 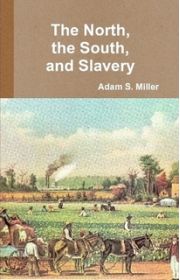 Part II of the Marian Publication series, "The Conflict Between the North and the South." The issue of slavery is examined from a Catholic perspective of authority and servitude, and how both are misunderstood in this post-Enlightenment age. What were the origins of slavery in America? Were only blacks enslaved? Were whites the only slave holders? Who primarily financed and ran the slave trade from America? Did all, or most, slaves despise their masters? Are all forms of slavery intrinsically evil? Author Adam Miller provides a jaw-dropping, eye-opening myth-destroyer concerning slavery in the United States of America. Written from a most unique perspective when it comes to this emotional topic: not neccessarily from a pro-Southern perspective, but from a traditional Catholic historical approach. "The North, the South, and Slavery" was written as a remedy to the numerous distortions, misrepresentations, and out-right falsehoods concerning slavery, the South, and the North's connection with the slave-trade.