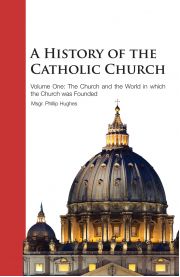 Volume One: The Church and the World in which the Church was Founded