My cart Cart is empty
Cart is empty
View cart
Checkout
Home/Catholic Erudition/Biography/Blessed Charles of Austria: A Holy Emperor and His Legacy 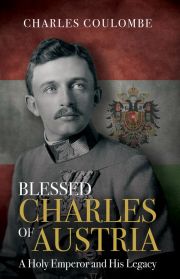 October 3, 2004 saw what appeared to many to be a very strange thing: Emperor-King Charles of Austria-Hungary, last Habsburg to rule in Central Europe and wartime foe of the United States, was raised to the altars of the Church as a Blessed by St. John Paul II. But odd as this appeared, the real story of the “Peace Emperor” and his just as remarkable wife reads like a combination of a suspense thriller, Greek tragedy, and hagiography. The inheritor of a tradition of Catholic monarchy dating back to the Roman Empire, Bl. Charles struggled to update it sufficiently to survive in the modern world. A brave soldier coming to the throne during a war whose start he had no part in, he risked everything to bring the bloody conflict to an end. Betrayed on all sides by allies, enemies, and subjects, his deep devotion to the Blessed Sacrament, the Sacred Heart, and the Virgin Mary helped him to avoid hating those who wronged him. Devoted to his wife and children, Charles succeeded, with the help of his loving Empress, in leading a good Catholic family life despite everything. In a life filled with signs and miracles before and after his death, Bl. Charles managed to combine a life of deep piety with intense practicality. After his death, his wife and children continued his work—her cause for beatification is now being considered.

In these pages, prolific Catholic author Charles Coulombe brings to bear his vast erudition, affection for Catholic monarchy, and assorted contacts close to the Hapsburg family, through his residence in Austria in the production of a biography of a man whose thrilling and event-filled life story deserves to be better known.