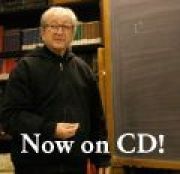 Genesis is the first book of the old testament and the foundation of our Faith. To reject it is tantamount to apostasy. Satan and his agents are doing everything in their power to subvert it's message. These talks by Brother Francis defend the book in general and a good number of the chapters in particular. He also spends much time discussing Cosmology (the cosmos) as it pertains fully to the Creation of the World in Genesis. These lectures were given before Father Feeney died and you can hear his voice giving his encouragement and priestly blessing at the end of several of the tapes. (31 lectures)

Commentary on Genesis is also available as downloadable mp3