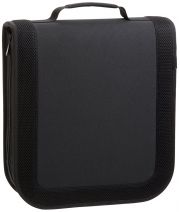 This course can change your life by helping you to think clearly and correctly.

Save $129 plus shipping and download Brother Francis' Complete Philosophy Set on downloadable MP3.

Order each course separately at the prices shown — or order the complete set of eight courses plus the introduction for only $479.00 and save $59 over the individual sets.

Brother Francis' eight philosophy courses are nourishment for the soul that lives for the truth, both natural and supernatural. Soon after coming to Saint Benedict Center in 1942, then, a young Fakhri Maluf, PhD., was given an assignment by Father Feeney to “teach wisdom” every Tuesday night to the Center students. These courses are part of Brother's commitment to that assignment, a commitment to which he devoted the remaining sixty-five years of his life.

Do not be reluctant to embrace these disciplines because of a false intellectual modesty. Many who started the courses thought, at first, that they would be beyond their capability of understanding. On the contrary, graduates discovered that the genius of Brother Francis was most manifested in his ability to reduce with ease complex philosophical concepts to simple ones.
Traditionally, philosophy is divided into seven disciplines, but we include the Introduction course to philosophy as a primer. Then, we have logic, cosmology, history of philosophy, psychology, ethics, epistemology, and ontology.

Logic is the science and art of correct reasoning. Cosmology is the study of matter in motion and material change. Psychology is the study of life and the principle of life, the soul. (Today it is relegated to the study of abnormal mental behavior, a far cry from its traditional subject of inquiry.) Ethics is the study of human acts as to their moral rectitude or lack thereof. Epistemology is the study of knowledge. How is it that something outside the mind is abstracted into the mind? Ontology, the highest of the philosophic sciences, is the study of being as being. What is the difference between essence and existence? Ontology is also called metaphysics.

These robust and erudite lectures are peppered with references to the holy scriptures. And they should be ― after all, the scholastics dubbed philosophy “the handmaid of theology.” Brother Francis is a thorough Thomist and he uses the principles of Saint Thomas to refute the more notorious of false philosophies, from the early skeptics, to the nominalists of the Middles Ages, to the modern-day subjectivists. Again, although the courses would make an excellent gift to priests, religious, and seminarians, they were not given originally to such, but to regular Catholics who desired to augment their knowledge of the Faith with the clarity of sound natural reasoning.

"Philosophia Perennis" is Latin for philosophy through the ages.

Without revelation there is no faith, and without philosophy, no civilization.