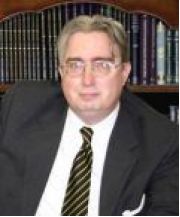 Science Fiction, Fantasy, and Horror may seem a strange topic for a talk at Saint Benedict Center. They are subjects, nonetheless, that ought not to be dismissed as irrelevant to those of us who are working towards reestablishing Catholic culture, if for no other reason, that our children have to deal with the graphic side of these genres every time they walk out the door. As you will see just minutes into this insightful and entertaining delivery, Charles Coulombe, author and lecturer, is amply qualified to address the value, or the lack thereof, of these three types of literature. The venue he investigates, however, is limited to the written word, not movies or comic books. He does this by showing how in the ages of Faith the "Literature of Wonder", as he calls it, complemented the supernatural realities of Catholicism as its natural ally. He then proceeds to demonstrate how the Reformation, and especially, Calvinism, affected the art of prose, rendering all fantasy to the realm of darkness and evil. This divorcing of the genre of wonder from the true religion, Coulombe argues, manifested itself then, and still does so today, in an elite caste of amoral moralists. (Outlaw smoking, not abortion.) In English speaking countries, especially in nineteenth century America, the Calvinist/Puritan influence that had dominated fantasy/fiction writers evolved into fantasy/fiction religions, a la Mormonism and Christian Science. Our speaker delves into the psyche of many well-known English speaking, fantasy/fiction writers as he uncovers fascinating details about what shaped their creative genius, or, in some cases, about darker influences that drove them to despair. His main thesis is that, for some gifted, Catholic writers, salutary truths can be more easily and forcefully inculcated through the medium of imaginative fiction, or colorful similitudes, than through direct exhortation.

The Pope's Legion by Charles Coulombe