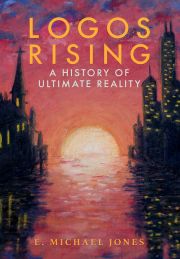 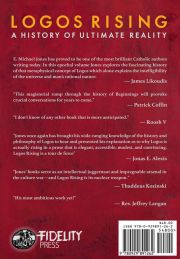 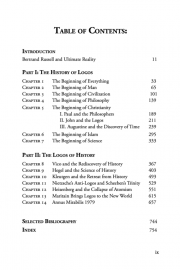 There has never been a time when man was not aware of an ultimate reality upon which he depended for his existence.

The first name man gave to that ultimate reality was God. In every language and culture, God was a father who lived in the sky. But if God was a father, did he have a beard? If God was a father, did he have a wife? The first attempt to deduce the characteristics of God from the world man knew, ended up in the dead end known as mythology, whose best expression was Homer’s Iliad. At around the same time that Homer’s epic went from oral to written form, a group of Greeks in Ionia on the coast of Asia Minor abandoned mythology and began to look for some substance in nature as the basis for ultimate reality. Thales of Miletus said it was water. Anaxamines said it was air, and Heraclitus said it was fire, but fire was an expression of something more basic, and he claimed that the most basic principle of all was Logos.

Five hundred years later, St. John the Evangelist brought this discussion full circle when he said that in the beginning there was Logos, and Logos was God. God, it turns out,  was a father, but he didn’t have a beard or a wife. God was Logos.

Logos wasn’t simply an abstract principle like geometry or physics, although it certainly was both of those things. Logos was a person who had the power to bring that plan into fulfillment over the course of human history. Time was no longer just the number of motion, as Aristotle claimed. Time was a drama with a beginning, a middle, and an end. It was like the Greek plays Aristotle described in his Poetics. And because we were creatures of Logos we could now understand that plan in the same way that the Greeks of Athens understood Oedipus Rex. The history of logos found its culmination in the logos of history. Logos is rising.

Logos Rising: A History of Ultimate Reality describes the tragic and yet ultimately triumphant progress of Logos in human history, from the beginning of everything, to the emergence of the concept, to the Democratic primary of 2020.