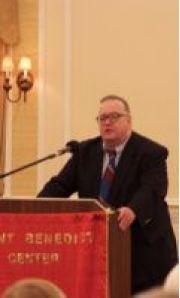 Even before England abandoned the Faith it persecuted its neighbor. From Henry II of the twelfth century until today, England has been obsessed with dominating the emerald isle. Catholic apologist C. J. Doyle expounded upon some of the more horrific episodes of English cruelty and perfidy in its, at times, genocidal mania to wipe out the Irish race. If you are Irish and you are unaware of this history, now is your chance to redeem yourself from this supine ignorance.