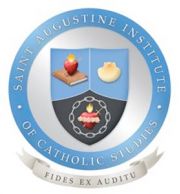 To continue the shaping of the Third Order, a little more than a year ago, Brother André Marie began a series of monthly conferences aimed at the development of current tertiaries. The lectures are given on two nights, one for men and one for ladies. The conferences are done after proper spiritual preparation, the Rosary said in common, and Benediction.

As of April, 2014, the they are given on First Saturday to both men and women tertiaries.