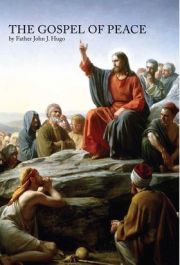 Fr. John Hugo (1911–1985) was a priest of the Diocese of Pittsburg who spent much of his life giving retreats based upon those that he had participated in while still a young priest in the 1930s. Those retreats were given by Fr. Onesimus Lacouture S. J. and Fr. Hugo was one of over 6000 priests to whom the retreat was given over a course of several years. The Retreat, as it was affectionately called by its devoteés was an electrifying and life-changing experience for many of them. It was nothing more nor less than the Spiritual Excercises of Saint Ignatius. But these retreats given by Fr. Lacouture were, as the saying goes “the real deal.” They were given as St. Ignatius intended, for the proper length of time and according to the true Ignatian spirit. They got to the real “roots” of Christian living. They were, in short, radical.

Fr. Hugo became a disciple of Fr. Lacouture in the sense that he experienced the fruits and saw the necessity of the retreat for Catholic Americans. He determined to continue that work as part of his priestly vocation.
This book, The Gospel of Peace, is one fruit of that work, and it was very controversial at the time of its publication in 1943. The Gospel of Jesus Christ is always controversial because it is “out of step” with the world.