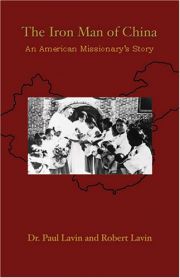 Without knowing anything about the man whose life is recounted on these pages, The Iron Man of China may seem a curious title. Except for a year furlough home in the states, Father Lavin served the Chinese people for twenty years (1932-1953), traversing thousands of miles by foot or bicycle, and exposing himself every day to life threatening dangers. In 1953 the Communists expelled him from the mainland threatening him with death if he should ever return. This well-documented book, written by the Iron Man's nephew, illustrates one of the reasons why there are ten million Catholics, loyal to Rome, in China today.