My cart Cart is empty
Cart is empty
View cart
Checkout
Home/Audio and Video/Conference Talks/The Magnificat: Hymn of the Incarnation 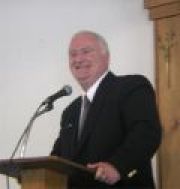 There are many canticles in the Old Testament but only three in the New. Brian Kelly introduced his audience to the hidden depths of meaning contained in Our Lady's Hymn of the Incarnation, more popularly known as the Magnificat. Having read several works by learned authors on the subject of Mary's canticle, which our speaker believes was actually chanted by the Mother of God, Mr. Kelly summarized that wisdom, adding many insights of his own, in order to inspire all his listeners with a greater love and appreciation for this exquisite prayer that issued from the heart of the Immaculata. When one reads the Gospel of Luke and the inspired verses of the hymn, one is inclined to give the verses an Old Testament interpretation. Indeed, as Mr. Kelly demonstrated, many of the verses (1:46-55), echoed similar praise from the Psalms, Isaias, and the Canticle of Anna, the mother of Samuel the prophet. However, and this is the theme of Mr. Kelly's riveting presentation, these ancient verses have a very Incarnational interpretation. The "might of His arm," for example, is the Word made Flesh. The "good things" with which God feeds the hungry is above all the Eucharist.

How does Mary's ecstatic soul "magnify" the Lord? How is it that her sinless spirit rejoices in God as her Savior? What "great things" has the Mighty One done for her? What does Mary mean when she sings in raptured gratitude to her Maker: "He hath regarded the humility of His handmaid"? What is the salutary fear of God that His Mother affirms to be necessary in order to receive His Mercy? Who is "the seed of Abraham" that Our Lady speaks of as she ended her song, that glorious seed which will receive God's mercy "forever"? These questions (and many more that were answered by Mr. Kelly) make for a very informative and exciting venture into the deeper meanings, and prophetic analogies, of a prayer composed by the Holy Ghost in the heart of His immaculate spouse. Never again will you recite this canticle without thinking of the victory of the Mighty One over sin and the devil as accomplished in His passion and death. Likewise, these ten verses will always remind you of the victory of His handmaid whose selfless humility (expressed so fully in her fiat) drew forth the humility of God Himself in the kenosis of the Son.